The fair itself was a down-home event featuring baking, agricultural, photography, and craft competitions.

Roberts said that the Riverton Grange currently has 70 members.

“One of the many things we do is give back to the community,” Roberts said. “This fair is a great opportunity to engage the community, promote agriculture, and have a fun time.”

Riverton Grange Fair President Dennis Jasmin said that he has been a member of the grange for over 50 years.

“It’s a great organization,” Jasmin said. “We would like to get more members, but just like other organizations, it has just gotten harder and harder to get members. We can always use more of them.”

The event included the presentation of the grange’s Community Service Award.

The winners of this year’s award are Archer and Griswold. 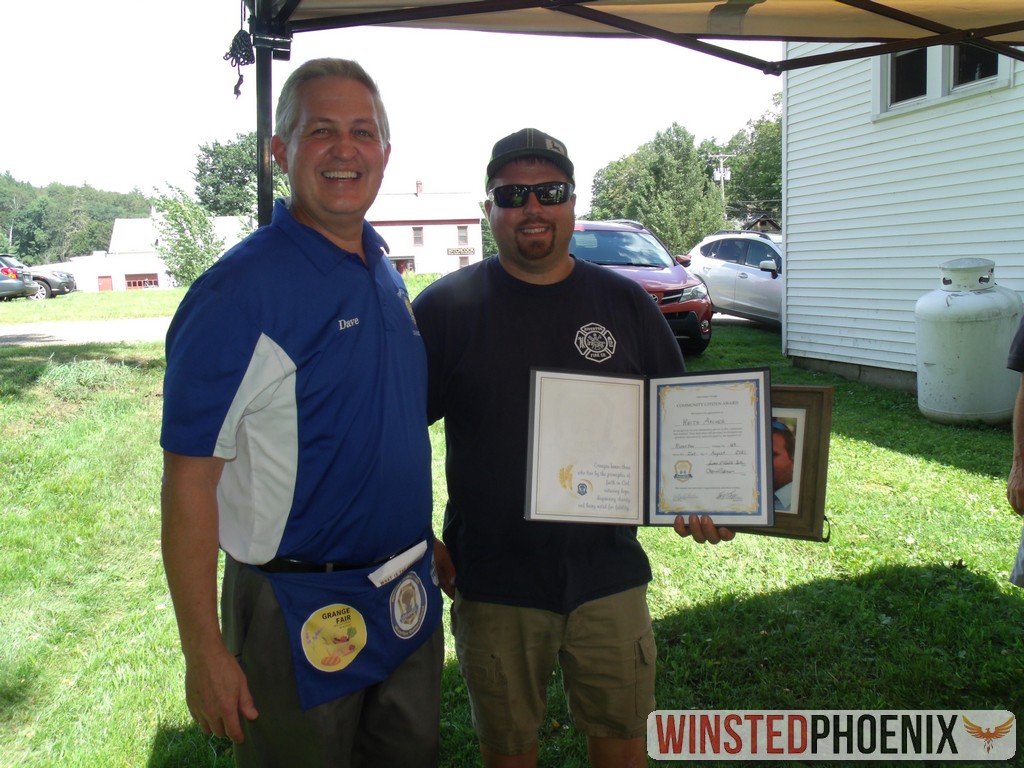 Over time, he has served as board secretary, and eventually, he became the board president.

Griswold could not make the event. However, Archer, who was present at the ceremony, said that he feels honored by the award.

Archer wanted to remind readers that The Riverton Fair is coming up from October 8 to October 10.

“Stop by our fire department’s booth and buy a hamburger!” Archer said. “Our department will be there and we will be serving with a smile.”